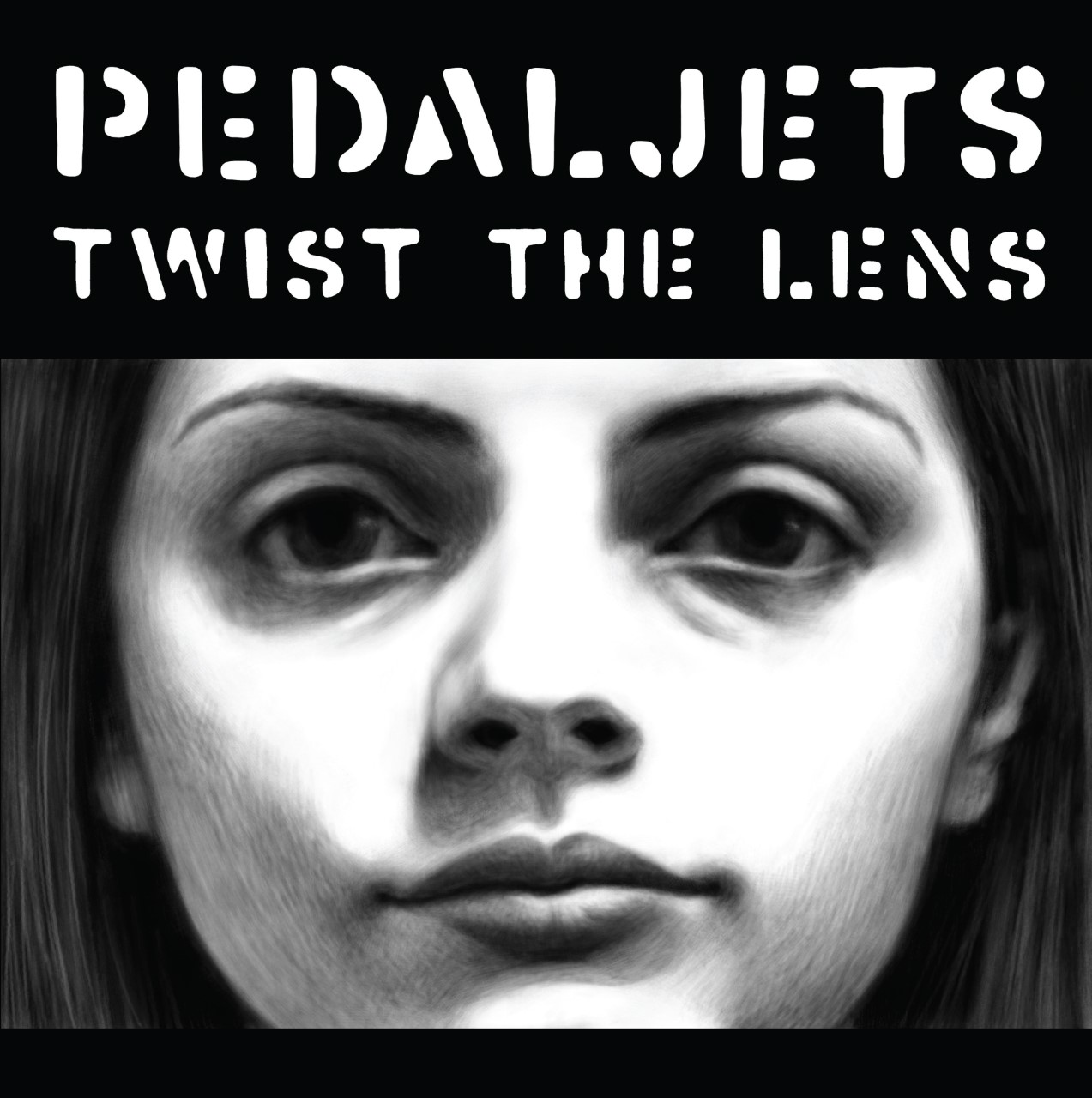 “Urban primeval tang from veteran Kansas City four, whose bar-busting melodies posit The Saints duking it out with Alex Chilton…”

Kansas City rock & roll powerhouse the Pedaljets have spent decades flying just under the radar. From their inception in 1984, their raucous brand of scuzzy, melodic jangle-pop and jagged post-punk placed them in league with some of the decade’s most beloved rockers, from The Replacements and Hüsker Dü to Meat Puppets and The Flaming Lips, all of whom the Pedaljets have performed alongside on stages across the United States. Their music has received critical acclaim from countless publications, including The A.V. Club, Diffuser.FM, Uncut Magazine, Blurt Magazine, The Big Takeover, and the notoriously critical CREEM Magazine. Twist The Lens continues to build upon the legacy the Pedaljets have created over the past three decades, showcasing the comfort and maturity of their years spent performing together as well as the electric fervor that has permeated their music since the beginning.

Hide and Go Seek / One I 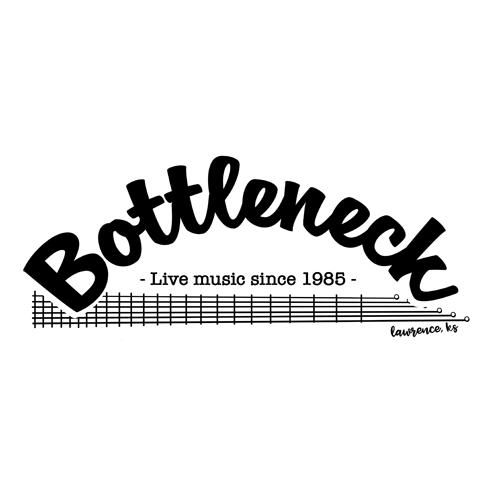 with GET SMART! and Boy Soprano 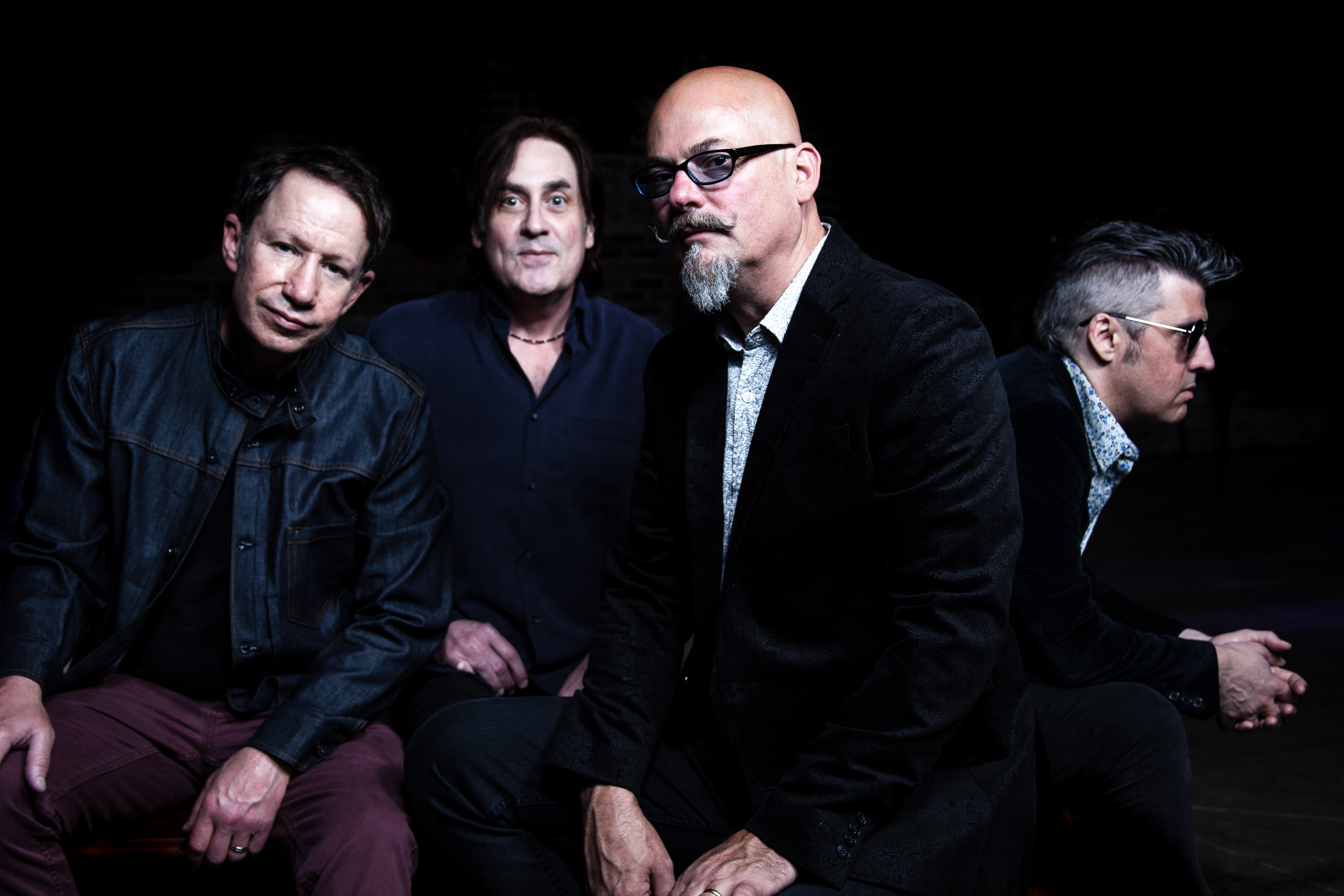 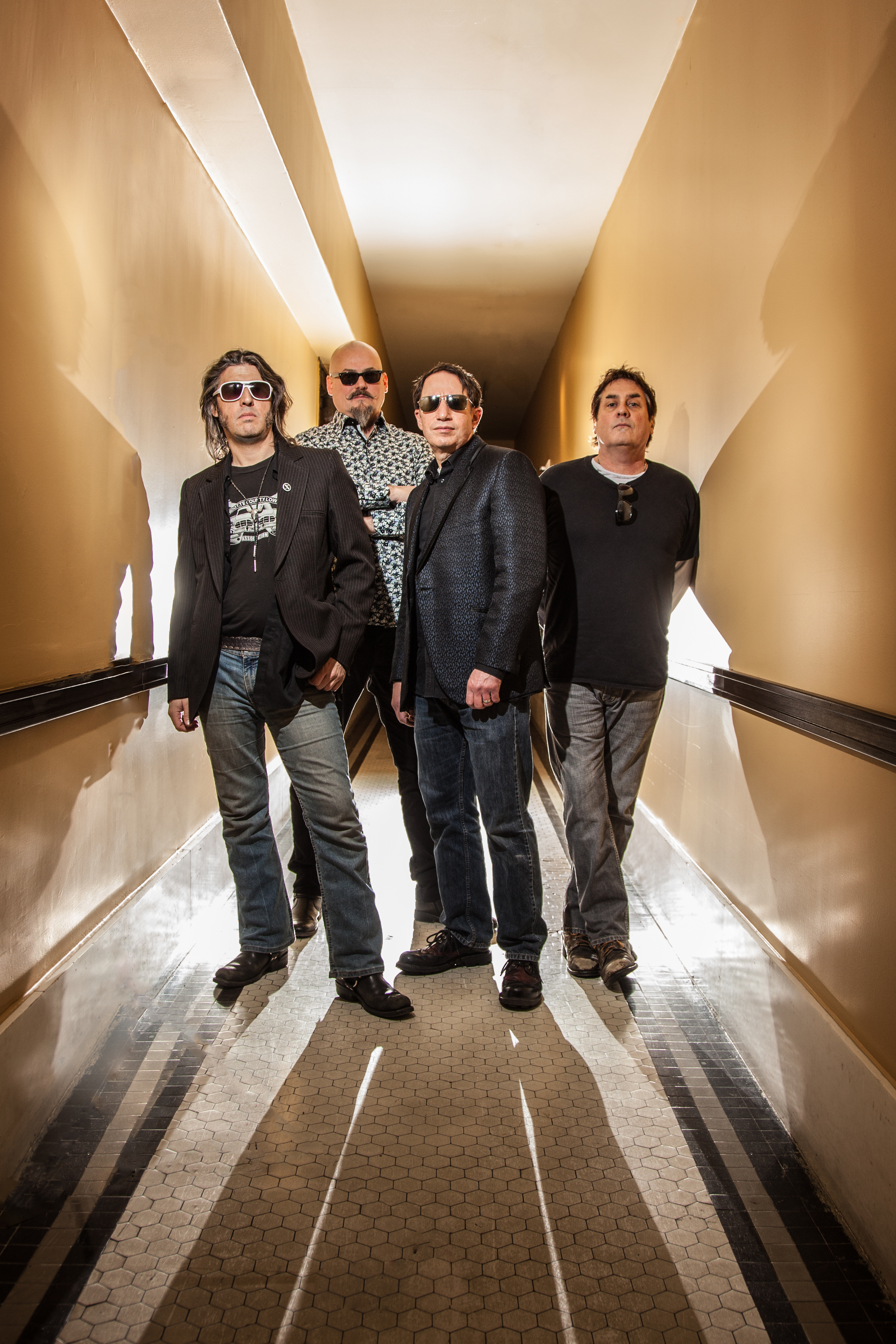 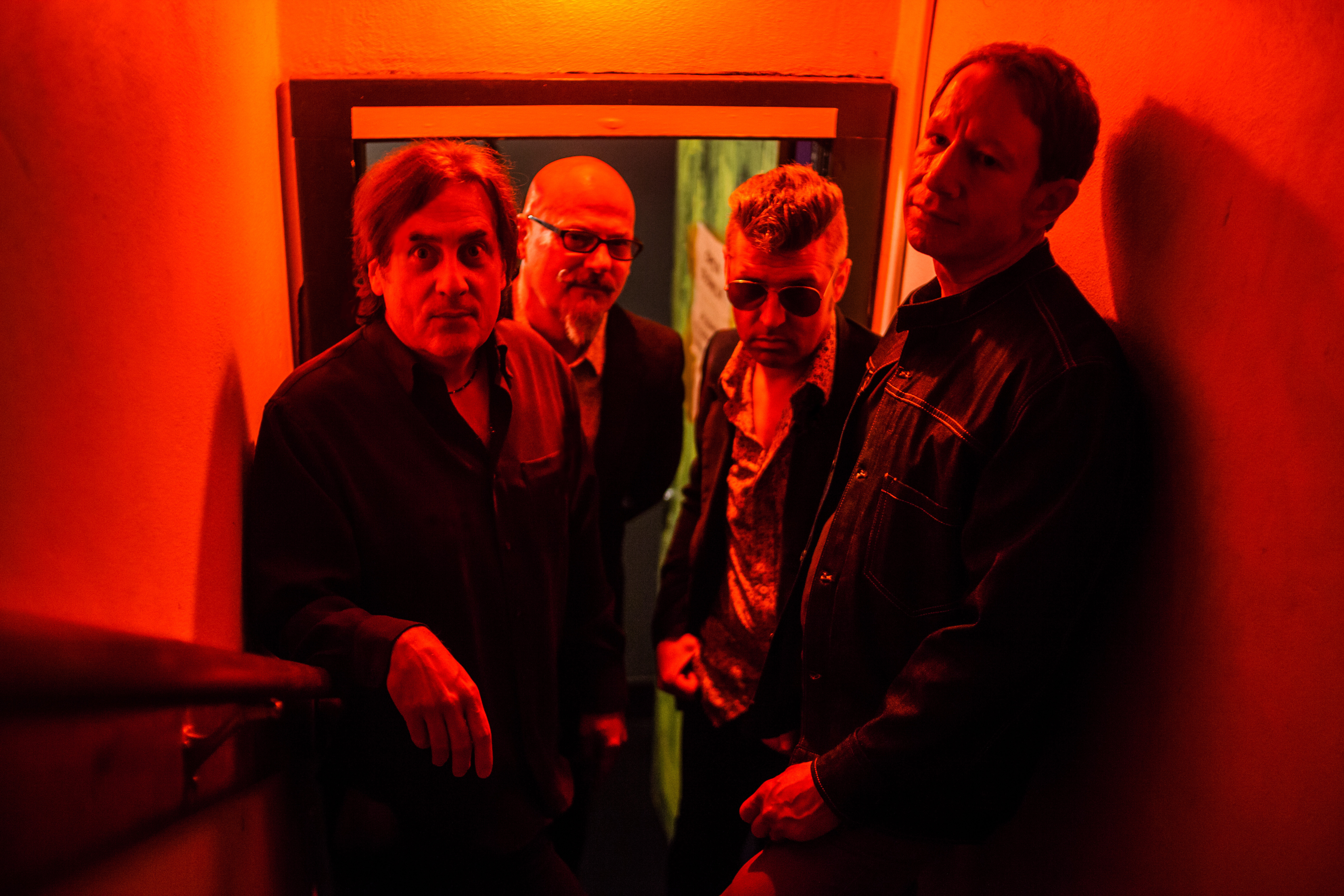 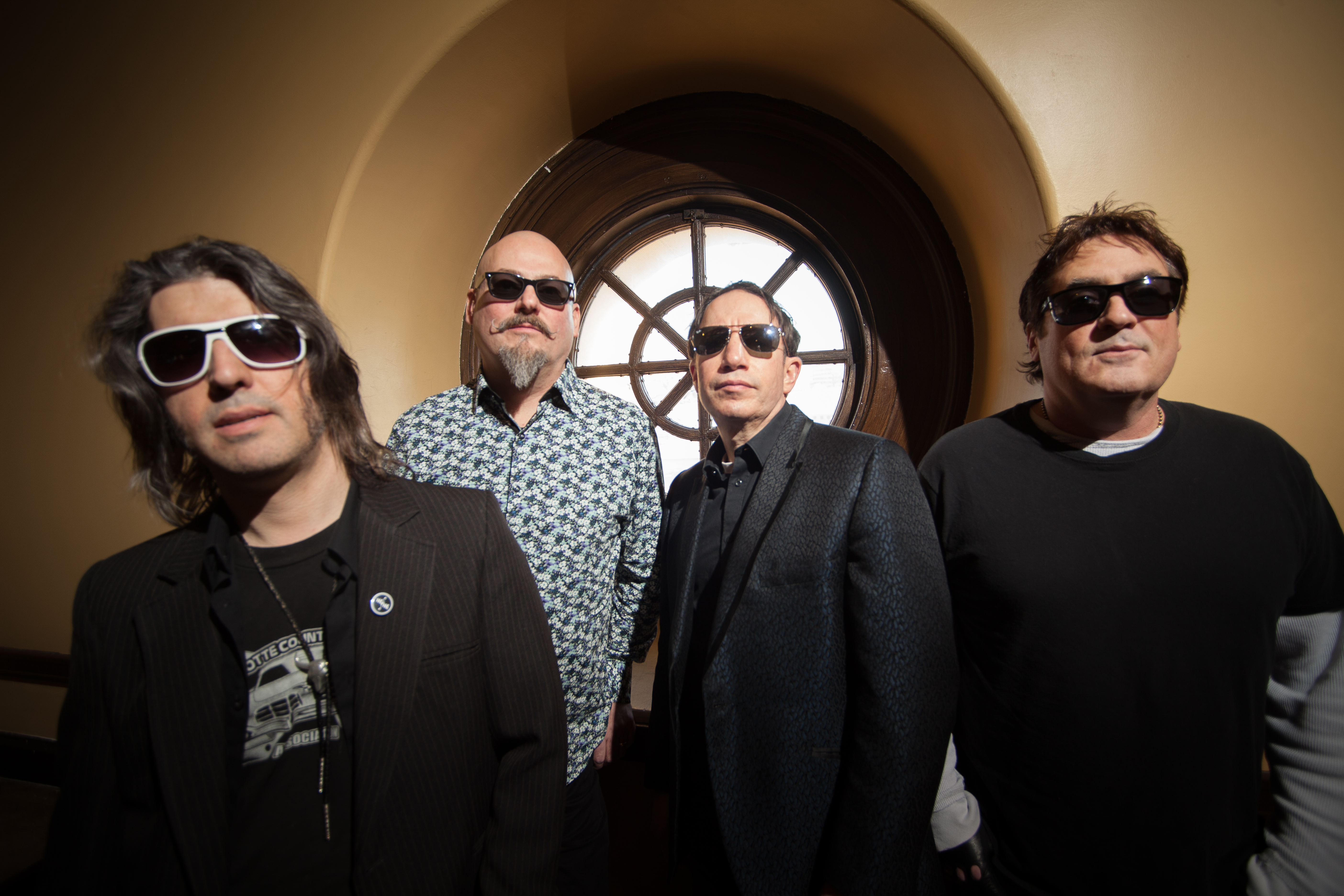 On their new record, Kansas’ Pedaljets are firing on all cylinders and pulling in a more varied range of styles than they had previously done. They kick things off with lead single, Disassociation Blues, an almost Interpol-like rocker that drives along over pounding sparse drum beats. The vocals yearn over the top before they rise up at the end of the verses to sprout with more urgency. The harmonies sit just behind the cranked guitars, gliding along underneath to add to the overall sound of a band that are, once again, really hitting the ground running. However, on Twist The Lens, the moments that really stand out are those where the band take a left turn from the pulsing rock to bring something altogether more wistful.

…as the album meanders through a great blend of tunes from the chillin’ ‘Sleepy Girl’ passed the more sprightly ‘One Away’.  The title track is a great magnet that pulls in everything that’s gone before it on the record a really good track of timeless alternative Rock and Roll call it scuzzy Americana but it makes for a great tune before being serenaded by the acoustic ‘What Only Cats Chase’ with its sparse arrangement and warm strings.  Before signing off with the street rumbling of ‘The Fader’ and we’re done as the band rides off into the sunset like a Rock and Roll Thelma and Louise leaving the world fading in their rear view mirror amidst a cloud of dust.  Pedaljets might just have made their finest three-quarters of an hour of music yet.  Great effort guys – well worth the wait.

Active for a third of a century, Pedaljets still take no hostages. This, their latest, is pure raw and rootsy, raucous fun.

The true beauty of this band is the way they straddle 60’s garage, 70s punk, and 80s rock while still sounding fresh.  Active for a third of a century, Pedaljets still take no hostages.  This, their latest, is pure raw and rootsy, raucous fun.

Premiering today, the newest single “Uncounted Heads” is the sonic equivalent of a song traveling through a prism that refracts its influences into a colorful gradient leaving each listener able to pick from an endless string of influences, but pleasingly composed and possessing just enough personality to stand strong on its own.
REVIEWER: Ryan Baltz

First Album in 24 years from Kansas City’s answer to the Replacements.  Pedaljets’ 1988 debut Today Today was an undersung gem of pre-grunge US ’80s rock.  The band reconvened, with Paul Malinowski replacing Phil Wade, in 2006.  Their salvoes of high-powered melodic punk, laced with Beatles harmonies (the dazed and lovely “Some Kind of One”), prove affirmative and energizing with hard-won wisdom at the core.  Embattled and combative on “Terra Nova”, offering a masterclass in curdled sarcasm on the belligerent “Conversations”, Mike Allmayer’s brand of hangdog dirty realism combines potency and killer riffs in equal measure.  A belated but timely return.

Lawrence, Kansas’ answer to Husker Dü in the Eighties, with a dash of the Wipers’ riffy darkness thrown in for seasoning, the Pedaljets accomplished the impossible last year: They issued a comeback album, What’s in Between, possibly stronger and more vital than what they’d released in their time. Tight, powerful tunes like “Conversations” are melodically and rhythmically inventive enough to suggest George Martin had produced.

Pedaljets arose in the mid-1980s out of the same rough-housing Kansas indie scene that birthed The Embarrassment (whose Bill Goffrier came east to co-found the great Big Dipper). The band was, at one time, a raucous r ‘n r contender in the hunt for the next ‘Mats, Husker or Meat Puppets. They shared stages with all these bands.  Yet Pedaljets made just two albums in its heyday, the grungy, rackety debut Today Today in 1988 and the rushed and less satisfying S-T in 1989. They split a year after the second record, worn out with touring and disappointed with their showing. The Pedaljets’ sophomore effort apparently rankled so much that the band actually reformed to re-record it in 2006.

After a 23-year absence, Pedaljets have returned with 11 brand new songs that feel as if they picked right back up from where they left off… and that’s a good thing! It represents a lot of what was good about the
90s and also stacks up really well with what’s current. These guys flew under the radar during their short time originally and after hearing the album’s high-energy opener “Terra Nova” (which has all the vocal
swagger of Iggy Pop, courtesy of Mike Allmayer) I cannot understand why. The band sounds as tight as ever, you’d almost think they never stopped playing together. With so many 90s “alternative” bands reforming, it’s kind of nice to see one that wasn’t as huge follow suit and make the listeners wonder what they hell they were missing.

One look at the album’s cover — a black and blue number with deteriorating human head, a fish and two skeletons — might lead you to think the Pedaljets are a hardcore band. No way. The Pedaljets sound like snippets of the Dream Syndicate, the Replacements and Dramarama all rolled into one. Except these clever guys had the good sense to add a hefty dose of jangle to the guitars. The constant theme running through frontman Mike Allmayer’s lyrics is that nothing seems to stay the same from today to tomorrow. “Today, Today,” the title track, is the band’s quest for a rock anthem. Other strong cuts include “Hypothermia,” “Lullaby Alarm Clock,” “Dumbwaiter” and “One Million Lovers.” Allmayer has a strong raspy voice. His howling is awesome on “Hide and Go Seek.” The rockin’ riffs and clever hooks only get better on side two. The end result? This is a record to flip over and play again. D.R.